Hundreds of motorcyclists are injured or killed on South African roads each year. And a fair chunk of the incidents are likely down to how other road-users interact with bikers.

Indeed, private emergency medical company ER24 said earlier this year that it had to deal with more than 1100 crashes involving motorcyclists in the first eight months of 2015.

It’s furthermore interesting that statistics — albeit from the United States — show that 42 percent of motorcyclist deaths back in 2013 were caused by single-vehicle incidents, while some 58 percent involved another vehicle.

“Whilst mechanical failure, bad road conditions, adverse weather conditions and a host of other factors no doubt contribute to motorcycle accidents, the way in which other road-users interact with motorcyclists, and vice versa, is concerning,” said Elmarie Twilley, spokesperson for Afrikaans insurer, Virseker.

The company offered six tips for motorists to bear in mind:

1. Too many motorists who have hit and injured a motorcyclist claim that the motorcycle “came out of nowhere”. Because of its small size, a motorbike can be easily concealed in a car’s blind-spots. Take an extra moment to look for motorbikes when you are changing lanes or turning at intersections.

2. Motorists should keep a safe following distance and allow approximately four seconds between themselves and a motorbike. Advances in braking systems allow some motorcycles to stop very quickly — making a four second “safety cushion” a must.

3. Motorcyclists often slow by downshifting, thus not activating the brake-light. Allow more following distance. At intersections, predict a motorcyclist may slow down without visual warning.

4. The indicators on most motorcycles are not self-cancelling and some riders, especially inexperienced ones, may sometimes forget to turn them off. Motorists are encouraged to make absolutely sure that a biker is intent on turning before crossing his/her path.

5. Motorcyclists often adjust position within a lane to be seen more easily, avoid road debris or minimize the effect of passing vehicles and wind. Understand that most motorcyclists adjust lane position for a purpose, not to be reckless.

6. Be very cautious when it starts to rain, as this causes oil and other spills to rise to the road surface — something that is especially hazardous for bikers, as motorcycles generally have less grip than that of a car.

“Motorists and bikers alike need to focus on being respectful and considerate towards each other — it’s an attitude change that could save many lives each year,” said Twilley. 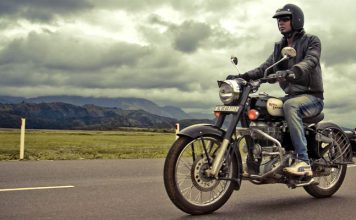 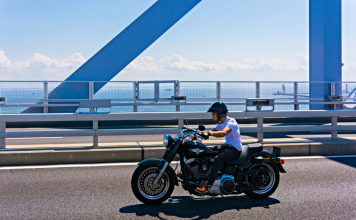